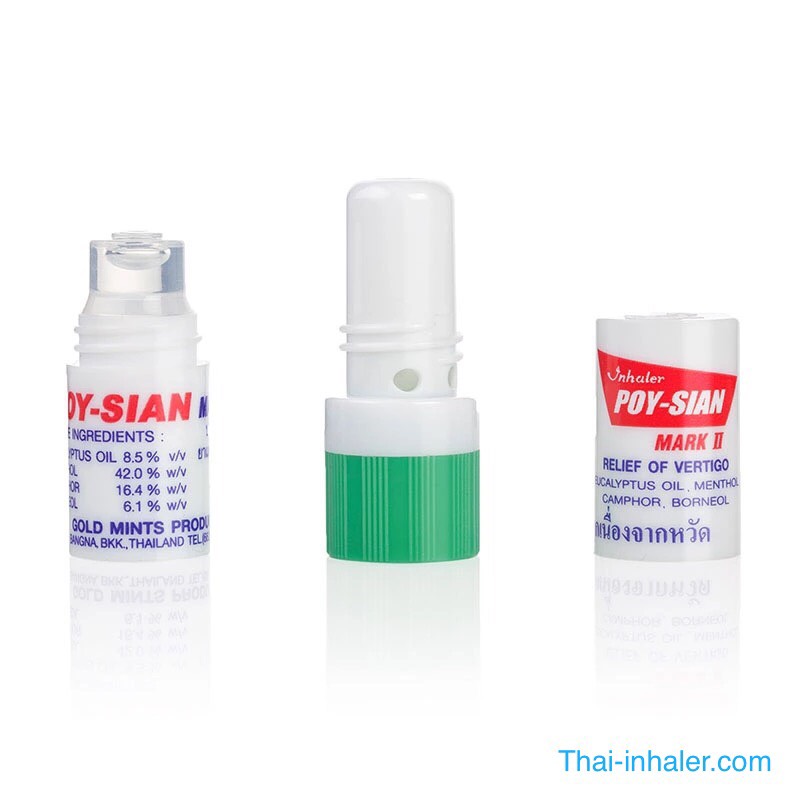 When you see a person in Thailand inhaling something while in a public area, do not think right away that it is a drug or anything illegal. The person may just be using an inhaler to relieve a clogged nose. In Thai, an inhaler is called ya dom (ยาดม).

As it is popularly known around the world, inhalers are also used by people in Thailand to help them breathe properly. It clears a congested nose or airway, thus giving a relaxing feeling afterwards. It looks like a small tube where one end has small holes allowing the scent of the cream in it or the cotton that has been saturated in essential oils to be inhaled by the user. Like most inhalers, the Poy-Sian Mark II is inserted in one side of the nose where it is inhaled by the user. For more impact, some will even press the other side of their nose so they can inhale the scent coming from the inhaler more steadily.

Inhalers in the market come in 2 types – the nasal inhalers or sticks and the liquid inhalers. The first type like the Peppermint Field is the conventional and more common type that you can see in the market. It has a cotton in it that has been infused with essential oil. Inhaling the scent of the essential oil is expected to give an individual a refreshing feeling. The liquid inhaler, on the other hand, is like a small bottle with a roller on top of it. It is filled with a certain type of essential oil that can be helpful depending on the illness of an individual. The roller on top allows the user to apply a small amount of oil on any part of his body and spread it evenly.

Aside from helping with a clogged nose, below are the other benefits a person could get by using an inhaler.

👍 100% Original Products
🌎 Free Worldwide Delivery
❓ Any Problem With Your Order? Money Back Guarantee